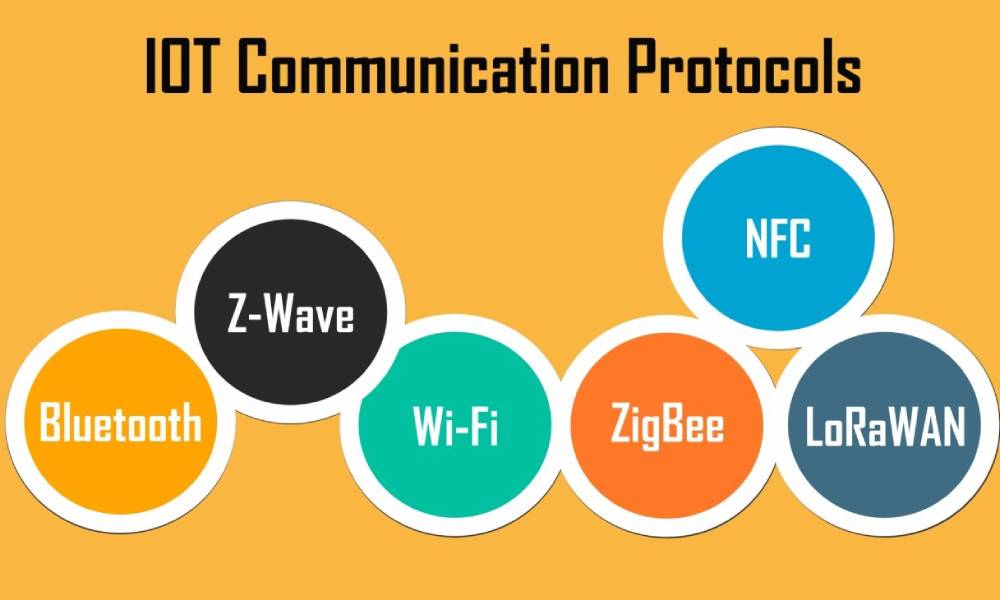 The Internet of Things is based on the networking of things. IOT can be defined as “Proposed Development of the Internet in which everyday objects have network connectivity, allowing them to send and receive data”

Many IoT communication protocols are available with different data rates, capabilities, memory, communication range, power and many more. Each one of them has pros and cons based on various factors.

Some of the IoT Communication Protocols commonly used among the IoT devices are listed below:

Bluetooth is the one of the commonly used wireless technologies for communication within short range.  Improved version of Bluetooth is Bluetooth Low Energy (BLE).It has been designed to offer significantly reduced power consumption while maintaining the communication range. Bluetooth is the amongleading communication protocol used by IoT devices. Presently many operating systems such as Android,iOS, Blackberry, Windows Phone, Linux, OS X, and Windows are using BLE. Z-Wave is a low-power RF communications IoT technology mostly designed for home automation system like lamp controllers and electronic devices like sensors A Z-Wave allow simple and faster development as it uses a simpler protocol thanothers.The range of Z-Wave communication protocol is about 30-100 meters and frequency is 900MHz, thusthe interference of the protocol with other wireless communication protocols is negligible. Approx 40kbps to 100kbps is its data range. One of the most widely used IoT Communication Protocol is WiFi because of its pervasive nature; flexible and easy to connect to. It offers fast data transfers and also has the ability to handle huge amounts of data transfers.

WiFi is most suited protocol for communication between IoTdevices but it consumes high power for its operations. ZigBee is similar to Bluetooth, commonly used in industrial settings. It has some advantages in complex systems offering high security, low-power operation, and robustness and is well positioned to take advantage of wireless control and sensor networks in IoT applications. Near Field Communication (NFC) is an IoT technology that allows safe and simple communications between electronic devices. NFC allows smartphones, consumers to perform transactions in which one does not have to be physically present. NFC helps the user to connect electronic devices and access digital content. It extends the capability of contactless card technology and enables devices to share information at a distance that is less than 4cm. LoRaWAN (Long Range Wide Area Network) is a protocol that is primarily intended for long-range wireless battery-operated IoT devices in global, national or regional networks. It has ability to communicate in long-range with the low power consumption and detects the signals below the noise level. LoRaWAN is mainly used in smart cities, where there is a large network with millions devices connected to each other that function with less memory and power. It is used in wide range of industrial applications and forlow-cost mobile secure communication in IoT devices. Data rate of LoRaWANis 0.3kbps to 50kbps. Therefore, IoT communication protocols are modes of communication that ensure prime security to the data being exchanged between connected devices. As aforesaid, electronics are a part of our everyday life and the Electronic Communication Engineering field shows no indication of downtrend with in the near future.

Join Dronacharya Group of Institutions, Greater Noida, one of the best engineering college to study Electronics and Communication Engineering course.