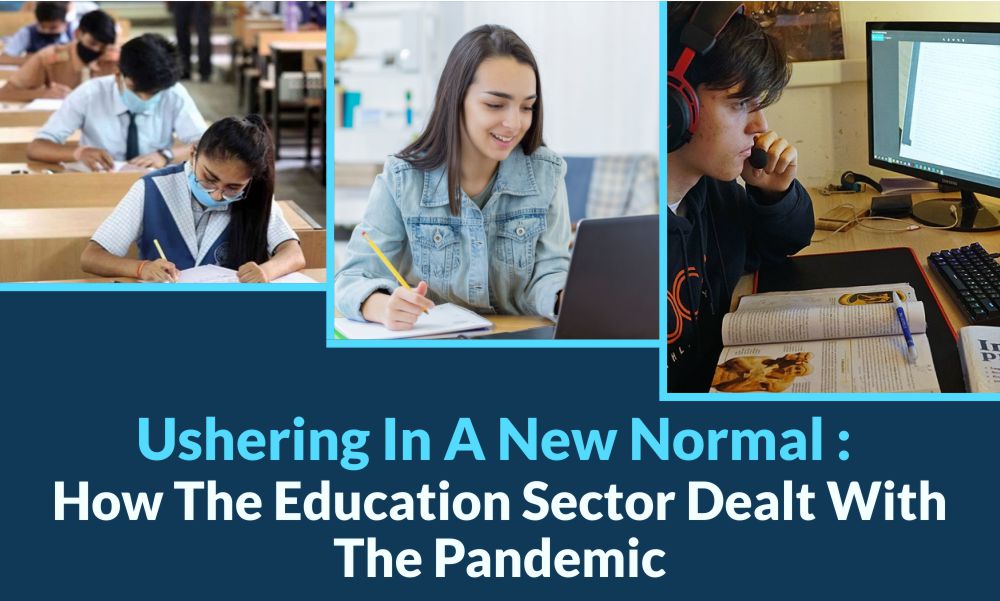 How Colleges Dealt With The Pandemic

In the midst of the global pandemic, millions of people across the world have egregiously suffered. The debilitating effects of the COVID-19 pandemic cannot be slighted. The virus rampaged across the worldwide that everything was brought to a grinding halt. Countries were left ravaged in multiple avenues – economical, social and political. With such a debilitating cloud hanging over our heads with relentless pursuit, the educational sector was crippled to say the least. Colleges were left scratching their heads as the entire Nation was subjected to a lockdown. Students were removed from their surroundings and studies in order to safeguard their well-being. However, this culminated in a precarious situation where both institutions and students were left to ponder the future. With so many factors adversely affecting nay exacerbating the situation, Colleges were left to rue their fate.

With an abrupt to educational proceedings, colleges and students were forced to abandon their curriculum and safeguard their well-being. Classes were indefinitely suspended with a plethora of students having to return to their homes. Syllabi and classes were hindered with no other alternative showing up as the lockdown was imposed. Progress was staggeringly curtailed on all fronts, education being no exception.

The detrimental effects of the COVID-19 pandemic metastasized to mental aspects as well. The pandemic thrust millions of people into a precarious mental state and students were no exception. On the contrary, students constituted the majority of population that reported severe mental duress during the pandemic. Coupled with the uncertainty surrounding their future was the lack of study which further exacerbated their predicament. Students were sequestered in their homes with no reprieve in sight. Colleges witnessed a staggering stop to their operations as the curriculum was held to a standstill. Teachers, staff and students were exposed to a precarious future.

How Colleges Dealt With This Predicament

As the situation refused to relent, recovery measures were imperative to salvage the situation and somehow continue students’ education. Various institutions had to shed their traditional educational programs to instill ones which facilitated distance education. In an attempt to alleviate the pressure off both students and teachers, online classes were brought to the fore. Online classes were the only alternative to cover lost ground as there was no reopening of colleges in sight. Despite not possessing the same level of interaction as a usual class, online classes made a significant contribution in mitigating pressure and making up for lost time.

The shift to online was further accelerated as the government prolonged the lockdown for the foreseeable future. Although effective, it left a lot to be desired as a myriad of students were not well equipped to avail online classes. Lack of resources affected a lot of students for they could not attend their online sessions. Repercussions were felt as a plethora of students expressed their grievances for not having pertinent resources. Colleges, although sympathetic to their plight, could not do much to rectify the situation as a major portion of students were living in different states.

To surmise, online classes proved to a prudent alternative as students and teachers had a grasp of reality alongside continuing education. Students were able to get back on their studies in some way which would not have been possible. And it is essential to recognize the significant impact online education has had.

And this is where Dronacharya Group of Institutions has cemented their identity as one of the foremost educational institutions. With so many initiatives undertaken to ensure stupendous education for students, they have left no stone unturned in delivering at all avenues. Looking for the best engineering college in the country? You’ve reached your destination.

Their college program is replete with enriching and empowering initiatives to facilitate and strengthen education on all fronts. Their immaculate educational programs include:

To further accentuate online learning, Dronacharya employ stupendous Microsoft software to conduct online classes. These initiatives are further bolstered with the integration of a Talent Hunt and Webinar.

3 thoughts on “Ushering In A New Normal: How The Education Sector Dealt With The Pandemic”